A collaboration project between outpatient and inpatient care and municipal care to meet new guidelines regarding discharge from inpatient care using the patient’s perspective. 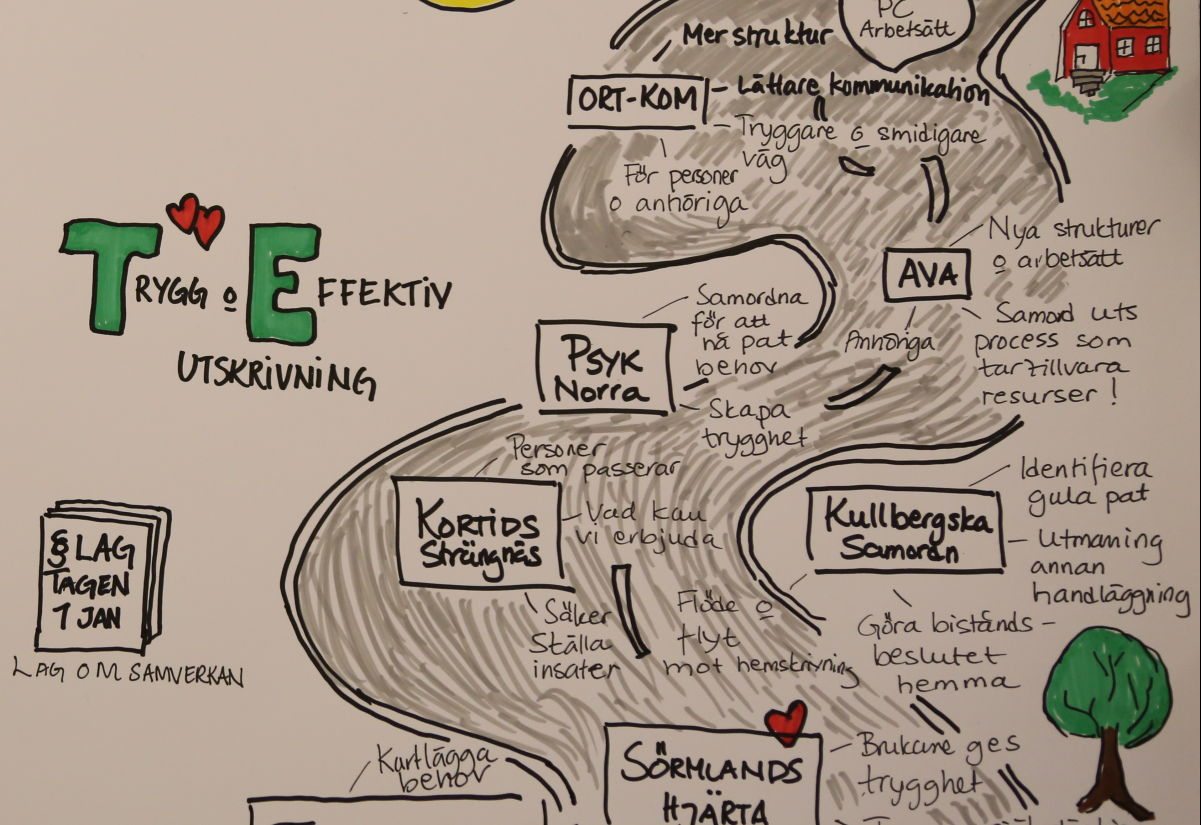 As of 1 January 2018, a new law came into effect (Act 2017:612) regarding collaboration in relation to discharge from inpatient care. The act includes new local guidelines for discharge which regulates collaboration between outpatient and inpatient care and municipal care. In Sörmland, 2017 was a test year during which the new guidelines began being implemented in parallel with the old regulations. In connection with this, FoU in Sörmland was commissioned to follow the implementation of the new guidelines and offer support to care services in the development of new routines and processes related to this. FoU in Sörmland invited units from outpatient and inpatient care as well as municipal care services to participate in a project based on service design.

The goal of the project was to support care services to start working with the new guidelines to develop new routines regarding discharge from inpatient care including a user/patient perspective.

Between April and November 2017, eight interprofessional teams participated, consisting of participants from the County Council’s outpatient and inpatient care as well as from municipal care, in a development process based on service design. Through interviews and observations, the teams have received an insight into challenges related to discharge from the patient’s perspective. Based on this, they have generated ideas and tested possible solutions. Great emphasis has been placed on understanding the problem before developing solutions. The project has focused on a person-centred perspective rather than the perspective of care services, which is usually common in this context.

The different teams saw early on that security to a great extent was about communication and expectation. That the check-in has great importance for the possibilities to set up a secure and efficient discharge. They also noticed that family members play an important role for the patients’ sense of security.

A lesson from the project has been that the new guidelines aim to create increased person focus and a chance for the patient to participate, but that they are written from the perspective of the care services, which affects the person focus. Another lesson has been the problem of locating the prerequisites for collaboration, something which is central, since the patient’s journey moves through several units. One of the challenges related to collaboration was that the municipal units and the County Council units have different sections of the law with which they need to conform. This is, however, something which the teams, with the help of service design methods, found a way to relate to and manage.

The staff who participated in the project have developed a better understanding of the differences between a person-centred perspective and an operational perspective. They have also gained an increased understanding of person focus. There has been great commitment among the staff, and the different teams have developed several different solutions – from clearer new routines when taking the patient’s medical history, to more patient-adapted information, and new job roles such as discharge coordinators. 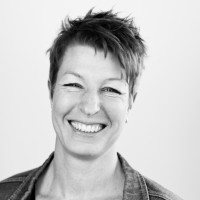